The History Of Blush – A Journey Of Blush Through The Years

Humans have been painting their faces for many many years – practically since the dawn of time! From displaying tribal allegiances & adopting paint as camouflage, to theatrical usage and flaunting social status, face painting is a topic that we could talk about for days.

Today we are going to be looking specifically at blush – or rouge – as it has also been known!

THE SCIENCE BEHIND YOUR BLUSH

Blushing is a reaction triggered by social interaction, with blush triggers including embarrassment or experiencing emotion – even just receiving an unexpected compliment can make you blush! Your blush is caused by the blood vessels in your face dilating. This causes an increase in the amount of blood flowing to the cheeks.

A flush of the cheeks is seen to be a sign of youth and freshness as well as a sign of sensuality and fertility. More on that later!

IN THE BEGINNING… THERE WAS BLUSH!

Rouge takes its name from the French for the colour red, which is arguably one of the most important colours when it comes to makeup! Early cosmetic ingredients that have been associated with scarlet hues include crushed berries and bugs (cochineal, carminc acids), ground red ochre, chalk, copper, manganese dioxide and even lead paint. 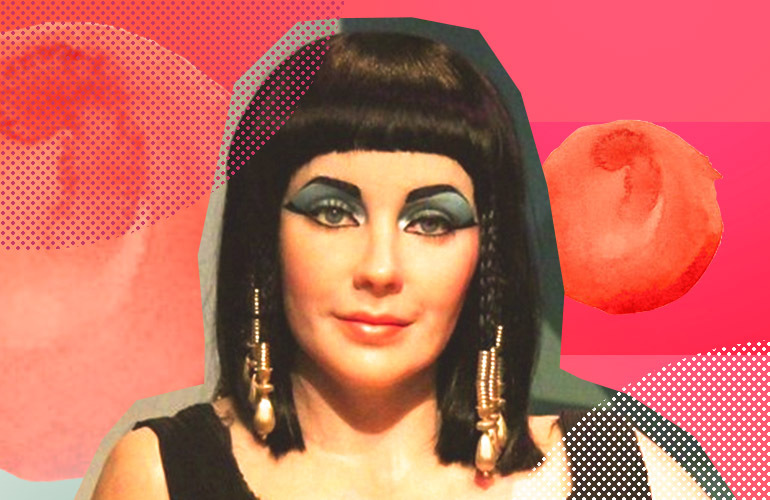 The Ancient Egyptians were probably one of the first groups in History to adopt the use of blush into their beauty regimes. We’ve used a picture of Elizabeth Taylor as Cleopatra for illustrative purposes here, but back in the days of the pyramids, blush was used by both men and women. Fat would be mixed with ground ochre to add a pop of red to cheeks.

Greeks and Romans also used blush to define their social status – the Greeks used crushed mulberries whilst the Romans favoured red vermillion, a powder derivative of cinnabar. Want to know why Cinnabar wasn’t a wise option? It comes from the toxic ore of Mercury – not something you want to apply to your face or anywhere near your person, for that matter!

The middle ages saw blush fall out of favour, as workers who spent their days out in the sunshine tending to fields and ladies of the night were perceived to have red cheeks. The connotations of flushed cheeks were so unpopular that leeches were even used to remove blood from the face, whilst egg whites were used to lighten the skin… That is, until Elizabeth I brought it back into fashion. Elizabeth ruled from 1558 until her death in 1603. Whilst her beauty still focused on pale skin, it also featured the colour red – from her red hair, red lips to her dramatic blushed cheeks.

During the Rococo era, blush was used by both men and women to mimic natural flushes. Jeanne Antoinette Poisson – also known as Madame de Pompadour – had even popularised a particular shade of blush during the 18th century – Pompadour Pink.

The last Queen of France, Marie Antoinette, was renowned for her extravagant tastes. Before she met her early demise at the guillotine, she was known for her sky high hair, penchant for cakes and elaborate beauty regime. Marie Antoinette got her extreme blush look by contrasting her rouge against very pale white skin paste. It’s important to bear in mind when looking back at portraits of the era that makeup had to be visible by candlelight, which explains why product application was so visible! 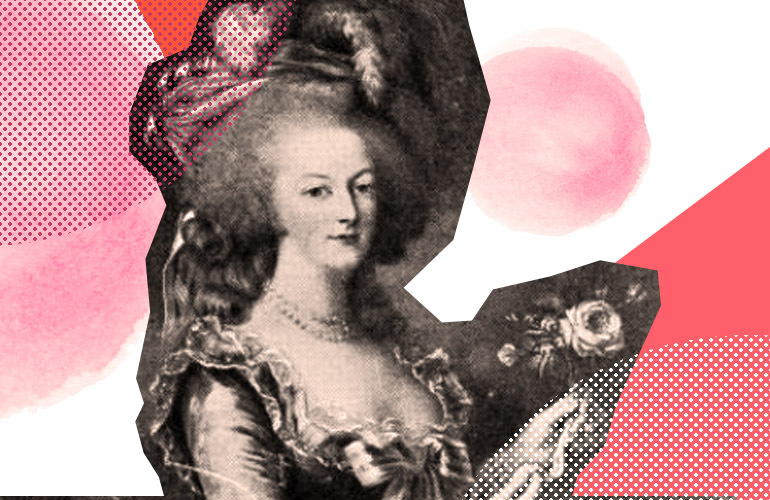 The first powder blush was created by French cosmetics brand Bourjois in 1863 as an alternative to theatrical greasepaint. The lightweight airy formulation was seen as a dramatic improvement and pots of Bourjois became le dernier cri amongst Parisian thespians and performers.

I’M GONNA ROUGE MY KNEES AND ROLL MY STOCKINGS DOWN

Ever wondered about the significance of the line above? Taken from Chicago’s All That Jazz, forget cheeks, one of the ultimate acts of saucy rebellion in the 1920’s was for Flappers to apply rouge to their knees to accentuate the fact that they were showing their legs! 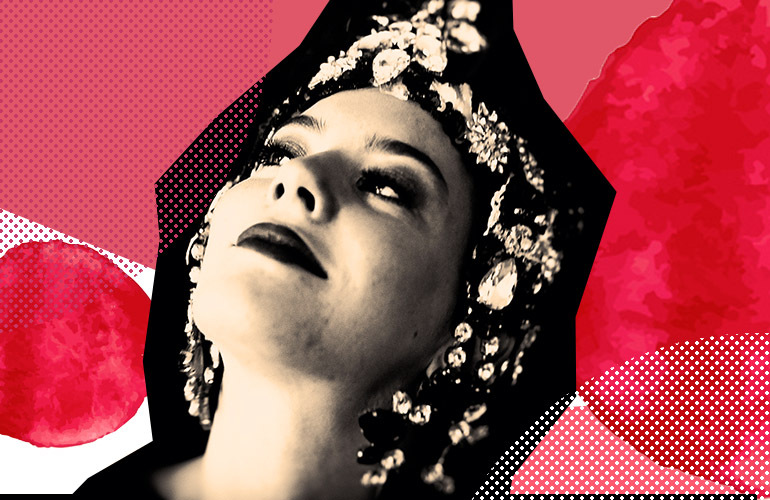 With the introduction of cosmetics brands such as Revlon and Elizabeth Arden, the 1960s saw pastel tones come into vogue and the 90s rise of the Supermodel saw stripy washes of bright pink swish swish onto the catwalks.

Today, we prefer to stick to applying blush to the apples of our cheeks. Although you only have to look at NARS best selling blush Orgasm to work out that when it comes to blush, sensuality still sells!

Some of our favourite blushes come in gel, cream and even in a liquid tint formulation. From peach and coral to rose and crimson, the only limitation to your blush look is your imagination!

Shop all Blush at allbeauty