Lipstick is one cosmetic which has seemingly always been around to make a statement. From being seen as morally questionable to a symbol of power, Lipstick shades, textures and finishes have always been able to provide an interesting commentary on societal norms and pop culture moments.

In 1988, a study by an American Market Research company estimated that the average woman owns seven lipsticks. With the rise of perfect “Pillow Talk” pouts, this number can only have grown by the roaring ’20s.

Got a minute or two to find out more? Get lippy with allbeauty & embark on a very brief history on the legend that is Lipstick.

WITH A TASTE OF YOUR LIPS, I’M ON A RIDE… 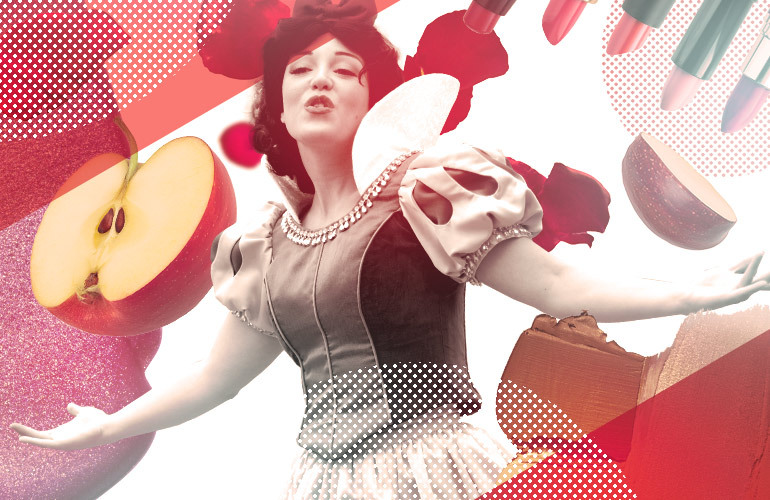 Having the appearance of lush lips has pretty much always been in vogue – remember the tale of Snow White?

With lips red as blood and hair black as ebony, her beauty was coveted in the 1812 Brothers Grimm novel – however if she’d tried a lip product back in those days, she probably wouldn’t have needed a bite of poisoned apple to make her ill. Oh yes, lipstick formulations have had some quite interesting origins.

Past lip product Ingredients have been as diverse – and toxic – as lead. Other historic ingredients have included crushed red rocks, rust, deer tallow, shellfish glands and carmine to more appealing extracts such as mulberries, rose petals and wine. allbeauty’s personal favourite? Ground up gemstones mixed with natural oils and waxes gave the ultimate sparkly lip before Euphoria make up trends & Tiktok were even dreamt about.

The sparkly lip practice dated from 3500 BC and was used by the Ancient Sumerians, the earliest known civilization of Ancient Mesopotamia*. In China, lip products were a lot more practical – in fact, Beeswax was used as a protectant for lips.

So we know that lip products have been around since the dawn of time. But did you know that as well as being a means of adding texture and protection to the lip area, they were also an early marker of social status? The Ancient Egyptians (men and women) used to paint their lips red to showcase their role in society – although this practice of applying crushed pigments (from a pot) was strictly reserved for the upper classes.

Flash forward to the 16th Century, over in Great Britain, Queen Elizabeth was noted to be a prominent fan of lip product, paired with a stark white face – although the inclusion of lead in her chosen formulation likely contributed to her demise. Now, that’s what you’d call a…

Speaking of death and demise, wearing lipstick became downright scandalous for a woman’s reputation by the 1700s. Why? Well, as the famous Tiktok quote goes, “If [they] find out we can shape-shift, they will tell the church”. Red lipstick was deemed so powerful a tool in changing a woman’s appearance, that it was outlawed on the basis that it could be used to seduce men into marriage. The British Parliament actually decreed that women could be tried for Witchcraft for using cosmetics.

The Victorian era saw tips and tricks on how to get a bit of colour into the face start to be circulated. Whilst cosmetics were reserved for prostitutes and actresses, women started to find unusual ways of adding colour into their beauty routines without using expensive product. Some of these “cheap” methods included pinching the apples of cheeks, biting lips or transferring dye from crepe paper by kissing it.

A major moment for women everywhere took place in New York in 1912, when the suffragettes campaigned for the right to vote. The suffragettes reclaimed the red lip, using silk wrapped lipstick in bright shades of red to express who they were and what they stood for. In 1915, the first twist up lipsticks – as we know them today – began to be manufactured in tubes or metal canisters. 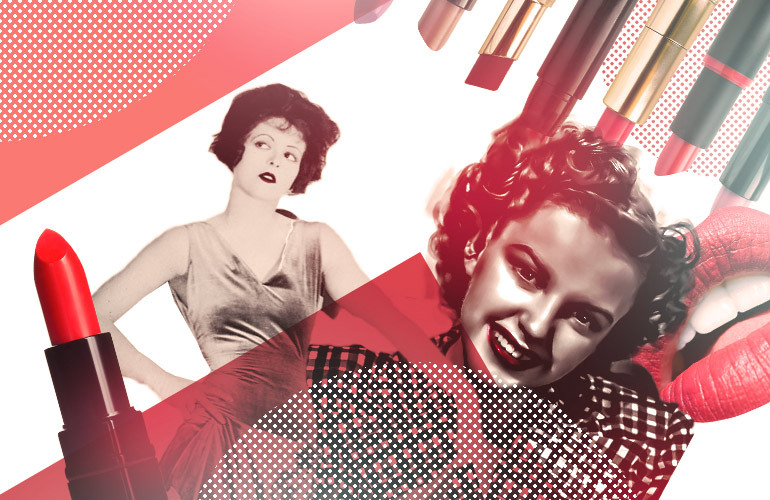 The 1920’s were a fairly whimsical age – women were beginning to look for ways to express themselves with their makeup, becoming inspired by Silver Screen icons. Clara Bow and Theda Bara, in particular, were silent film stars who were famous for their Cupid’s Bow lips, which many women seeked to replicate by reshaping their lips with greasepaint and deep berry toned lipsticks.

Particular emphasis was placed on the Cupid’s Bow, to create a small Cherub shaped lip. In fact, women started to play around with lip stencils and shapes in order to get the trending pout of the moment. The period between the 20s-30s is a key moment for lipstick history, as lipstick application begins to represent subtle sensuality rather than being associated with louche behaviour.

With the dawn of the 1940s came War. Metal lipstick canisters would find themselves being  replaced with plastic tubes during World War II, when metal became a valuable wartime resource. The application of lipstick itself became a patriotic affair.

With women taking on traditionally “masculine” roles such as engineering, to help with the War Effort, lipstick became a way to be glam and feminine – even whilst in uniform. In fact, in 1941, Elizabeth Arden even created a lipstick in the shade Montezuma. This was designed to match red piping and chevron design details on military uniforms of the age. Montezuma became the lipstick shade of the Marines and was presented as part of an official kit.  Girl Power, indeed.

PUT ON SOME LIPSTICK AND PULL YOURSELF TOGETHER 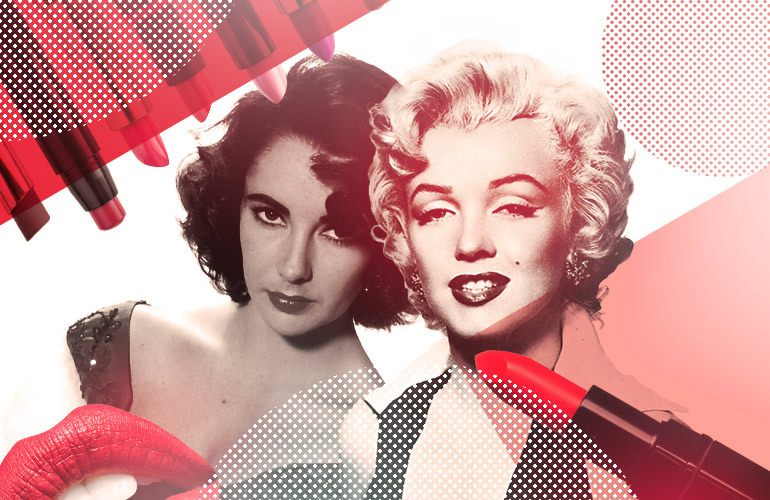 The 1950’s saw stars such as Marilyn Monroe and Elizabeth Taylor champion the red lip look. This is an era of lipstick that starts to get interesting, as lots of these lipstick shades can still be purchased today. Whilst Marilyn Monroe’s favourite shade was rumoured to be the now discontinued Guerlain’s Rouge Diabolique (a suitable dupe for this is Guerlain Kiss Kiss 775 Kiss Rouge, thank us later), her associate Elizabeth Taylor was a big fan of Elizabeth Arden lipsticks.

But it wasn’t all about red lipstick. Coral, pink and beige began to be adopted in the 60s. One of the most googled questions regarding lipstick relates to the brand of lipstick Audrey Hepburn wears in Breakfast at Tiffanys (1961)… Whilst the exact shade of salmon lipstick which Audrey wore in the film is oft debated – allbeauty suspects it’s Revlon’s Pink in the Afternoon, although M.A.C Love Me Lipstick in French Silk is a recommended 2022 Holly Golightly dupe. 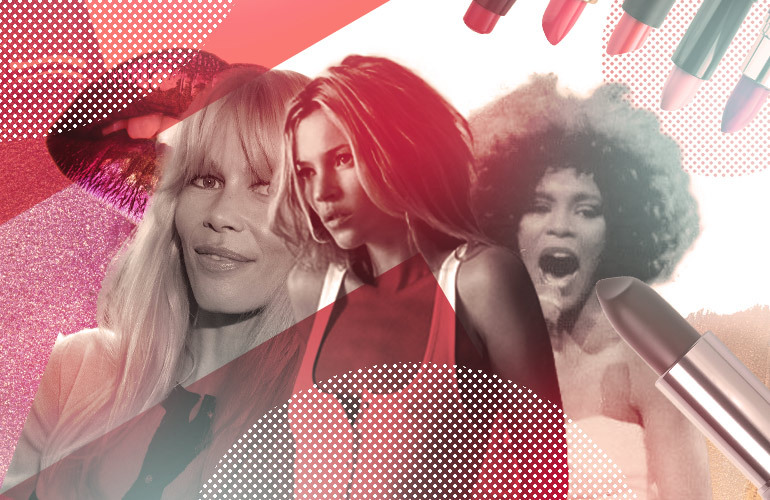 The 1990’s saw a rise in brown lip tones – paired with a lip liner slightly darker than the chosen lip shade, of course. Deemed to be universally flattering to every skin tone, brown lipsticks such as Clinique’s Black Honey and nude lipsticks began to be seen on celebrities such as Kate Moss, Claudia Schiffer and Drew Barrymore. The versatility of this look was key – allowing for the wearer to make their look as subtle or dramatic as they wanted.

In 2010 – and to the present day – lipstick remains a popular premium beauty item. In recent years, designers such as Louboutin, Valentino, Hermès and Gucci have all created their own lines of lipstick.

Shop all lip products at allbeauty. From Elizabeth Arden, M.A.C & Laura Mercier to Guerlain, Givenchy & Dior, there’s bound to be a shade and brand that suits you.

*Sumer/Mesopotamia was an ancient Region – this is now Southern Iraq