The Blushing Beauty of Grace Kelly

Before Meghan, Kate and Diana, there was Grace – the ultimate Hollywood Beauty turned Princess Bride. From her iconic style and composed elegance to her prestigious film credentials, the charmed life of American Actress Grace Kelly appeared to be a fairy tale, liberally coated with stardust.

Read on to learn more about the life and times of Princess Grace – as well as her Hollywood hack to get the most out of your blush application. 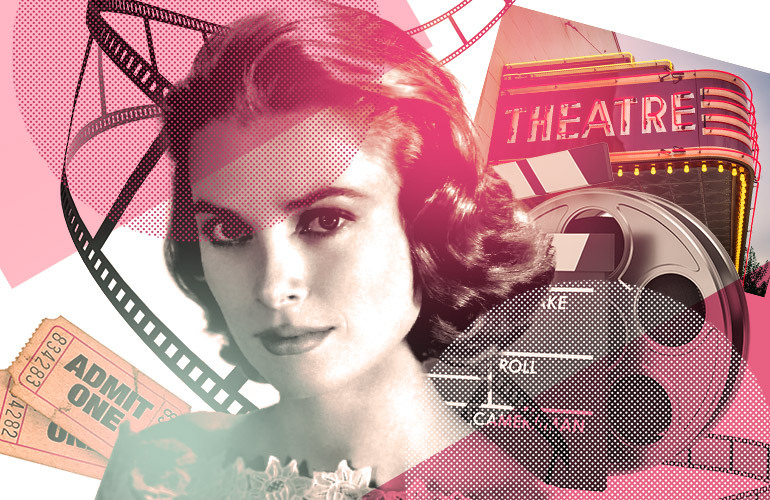 Grace Patricia Kelly was born on November 12 1929 to Margaret Majer and John B Kelly Seniorr of Philadelphia, Pennsylvania. With both parents being talented athletes, she came from a relatively privileged background and ruffled a few feathers when she decided to take to the stage and become an actress…

Deciding to study acting formally at the American Academy of Dramatic Arts, Grace supported herself by working as a commercial model. She made her broadway debut in 1949 – and would soon come to shine during the Golden Age of Hollywood.

After meeting with Alfred Hitchcock in 1953, Grace would go on to star in three of his films – Dial M for Murder, Rear Window and To Catch A Thief. A natural icy blonde, she would come to be known as one of the infamous Hitchcock Blondes.

Nominated for an Oscar in 1954 for her role as a supporting actress in Mogambo, Grace would go on to win an Academy Award one year later (at the tender age of 25) for her role in Country Girl. An Oscar at 25 is no mean feat – but this would be the last statuette for Grace.

In 1955, Grace flew to France to work on her final Hitchcock film. To Catch A Thief, a film about a cat burglar targeting the rich and wealthy socialites of the French Riviera, was filmed in and around the winding coastal roads of Cannes, Nice and Monaco.

It was whilst attending promotional events for the 8th Cannes Film Festival that Grace would meet the man who would change the course of her life forever – Prince Rainier III of Monaco.

Smitten with Rainier, she turned her back on her glittering film career to marry her prince. 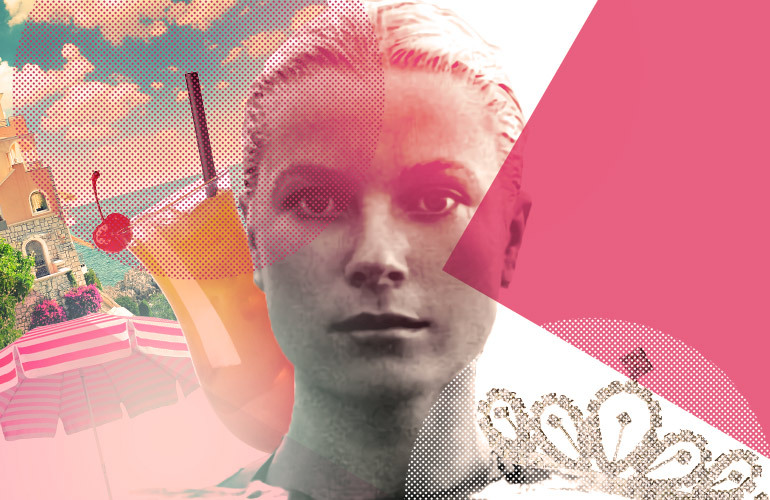 Grace’s marriage to Prince Rainier set a new benchmark for weddings everywhere. Attended by over 600 guests (including Hollywood Royalty of the age, Ava Gardner), the ceremony was watched by over 30 million people worldwide. Talk about a showstopper – her iconic taffeta wedding dress was even designed by Helen Rose, one of Metro-Goldwyn-Mayer’s chief costume designers. Grace’s sumptuous wedding bouquet inspired Fleurissimo by Creed – the fragrance especially commissioned to complement her big day.

Whilst her Star on the Hollywood Walk of Fame was awarded in 1960, Grace would never fully return to her previous life in the Hollywood Spotlight after her wedding. In fact, her films were even banned from being shown in Monaco. Her wedding marked the starting point of her new life as part of the Royal Family of Monaco, also known as the House of Grimaldi.

The role of Princess was perhaps the greatest that Grace Kelly ever performed. Grace and Rainier would have three Children together – Princesses Caroline and Stéphanie and Prince Albert II.

WHY WE LOVE HER BEAUTY

During her regal life, Grace demonstrated that her beauty wasn’t just skin deep. She took on several initiatives as part of her royal duties mostly focusing on protecting the rights of children and supporting the Arts. Highlights included establishing La Fondation Princesse Grace and being the Patron of the Red Cross of Monaco. The World Association Of Children’s Friends (AMADE) was also established by Grace in 1963 to support children’s rights across the world.

Whilst Grace achieved a lot in her life, it was tragically cut short. In 1982, at the age of 52,, she died as a result of injuries sustained in a car accident. She left behind the strong legacy of a woman who lived her life with elegance, kindness and of course – grace.

Well, we can’t all marry into royalty, but at allbeauty, we’re strong believers that every woman is a princess in their own right. And you can certainly borrow a few tricks to get a regal glow like Grace Kelly. The key is to think beyond one shade of blush. 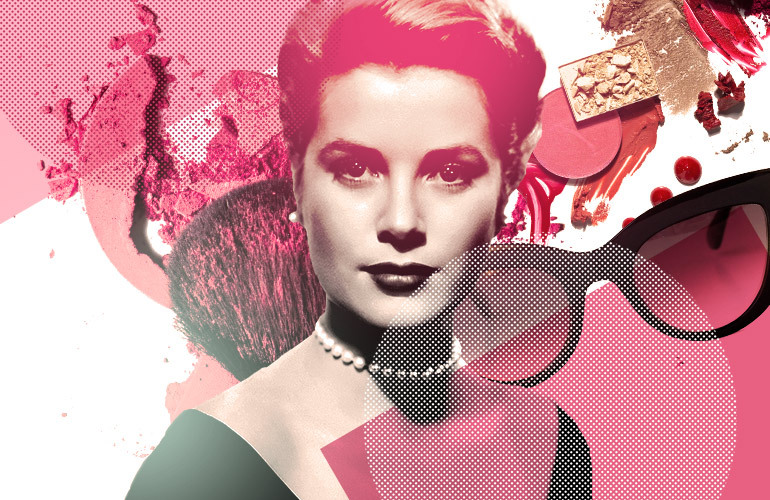 Grace knew a backstage beauty secret or two and used different shades of blush to play up her bone structure and add radiance to her face.

The concept of using two tones of blush was a Hollywood trick originally developed for the days of black and white photography. Think of it as a precursor to – and more subtle cousin of – the contour trend, where bronzer and highlighter are used to emphasise key components of the face. Beginning at the temples, Grace would apply light blush along her cheekbones, using a darker blush on the hollows of the cheeks, taking care to blend well. The finished result? The illusion of cheekbones that could cut glass. Grace Kelly may have “just” been a princess but we definitely rate her as the original Queen of the Contour.

Finish your look with a Grace Kelly accessory of your choice – whether that be a pearl necklace, cat eye sunglasses or a silk scarf. We think contour and couture go hand in hand… so why not try Christian Dior’s Rouge Dior Couture Colour in 999 Celebrity Red for a lip that pays homage to Grace’s red carpet roots.

Shop all blush at allbeauty here