The Bold Brows Of Audrey Hepburn

If you’re here right now, you fit into one of either two camps.

1) You own – or have owned – a poster of Audrey Hepburn picked up decades ago at a student fair or you’ve once aspired to stroll outside Tiffanys in New York with a danish pastry.

2) You are bewildered by the mystique of Audrey Hepburn and want to find out more about why she’s so cult.

Well, you’ve come to the right place to find out more. Audrey’s gamine appearance, pixie-like charm and refined elegance certainly made her a poster child of the 1950s and 60s. As 2020-21 has sent us back into a comforting bubble of nostalgia, including the films of one Ms. Hepburn, you may have been wondering how to channel a bit of Audrey magic into your everyday life…

Read on to discover more about the human behind the pop culture legend, as well as key notes on how to celebrate bold brows like Audrey. 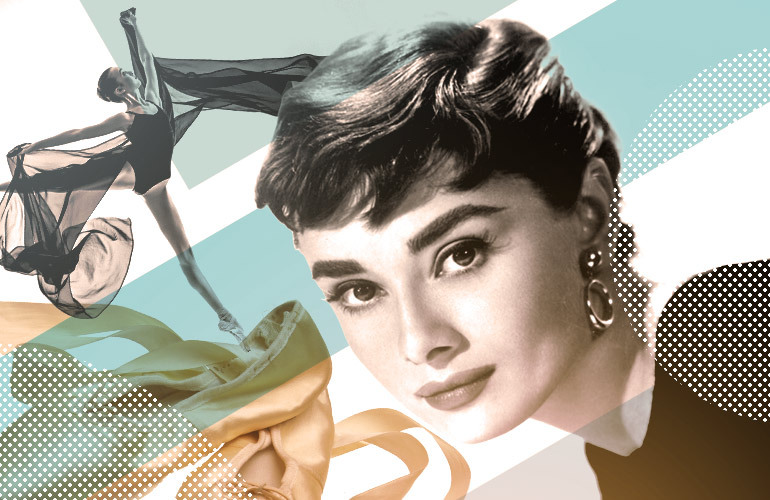 FAILURE IS JUST A STEPPING STONE TO GREATNESS

Audrey was born Audrey Kathleen Ruston on 4 May 1929 in Belgium.

Half Dutch and Half British, she spent her childhood in Belgium, England and the Netherlands and her early life was affected profoundly by World War II.

As a child, she took part in silent ballet performances to support the efforts of the Dutch resistance. She experienced the hardships of war, including the Dutch famine of 1944-1945, when many families had to eat tulip bulb derived products in order to survive. Teenage Audrey moved to London in 1948 to train with Ballet Rambert, however focused on acting after she was told she would never make it as a Prima Ballerina.It’s hard to imagine someone with Audrey’s star power being told no, but it just goes to show that when a door closes, life can open a window. And what a life Audrey would go on to lead!

FROM THE WEST END TO BROADWAY

Audrey first appeared as a chorus girl in London’s West End before moving to New York and taking on the role of Gigi on Broadway (having been personally picked by Colette, author of Gigi). In 1953, she had her big break, playing Princess Ann in Roman Holiday alongside Gregory Peck. This role won her an Academy Award and brought the pixie crop hairstyle into sharp focus.

Audrey went on to star in films such as Sabrina (1954), War and Peace (1956) and Funny Face (1957). This is when her style credentials really started to take off – Hubert de Givenchy began to dress Audrey and the Givenchy fragrance L’Interdit was created for her in 1957. 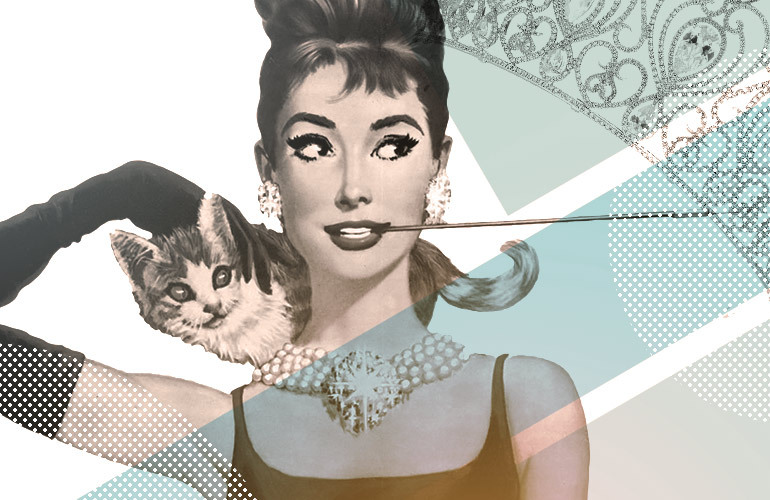 Breakfast at Tiffany’s is the film that Audrey is most remembered for. But did you know that Audrey was not the first choice for the role of Holly Golightly? Marilyn Monroe was in fact the favourite choice of author Truman Capote and had inspired him to write the character.

Released in 1961, the film made the Little Black Dress a thing, whilst highlighted hair and pink lipstick also became on trend. The exact shade of salmon lipstick which Audrey wore in the film is oft debated and remains a beauty mystery. Although, if you ask us, we would recommend French Silk by M.A.C as our perfect Holly Golightly dupe!

WHY WE LOVE AUDREY

In 2015, Hepburn was voted “the most stylish Brit of all time” and it’s clear that her effortless European sense of style continues to be much admired. With impeccable manners, Audrey was bilingual in English and Dutch and also spoke French, Italian, Spanish and German.
However, look beyond the posters, fashion references and sophisticated veneer and her enduring quality is perhaps her vulnerability and empathy for others.

“Remember, if you ever need a helping hand, you’ll find one at the end of your arm. As you grow older you will discover that you have two hands. One for helping yourself, the other for helping others.”

Audrey never forgot her past and in her later life, used her public profile for the greater good. We may remember her as Princess Ann, Sabrina or the impish Holly Golightly, but to many children, Audrey was the lovely UNICEF lady with kind eyes who wanted to help. As a child who grew up during World War II, experiencing hardship and famine, Audrey had great empathy and compassion for children. Appointed as a UNICEF Goodwill Ambassador in 1989, Audrey spent the last few years of her life on UNICEF field trips in Ethiopia, Turkey, Venezuela, Vietnam and Sudan, amongst others, helping children in need. Audrey received the Presidential Medal of Freedom in 1992. She died in 1993 at her home in Switzerland. 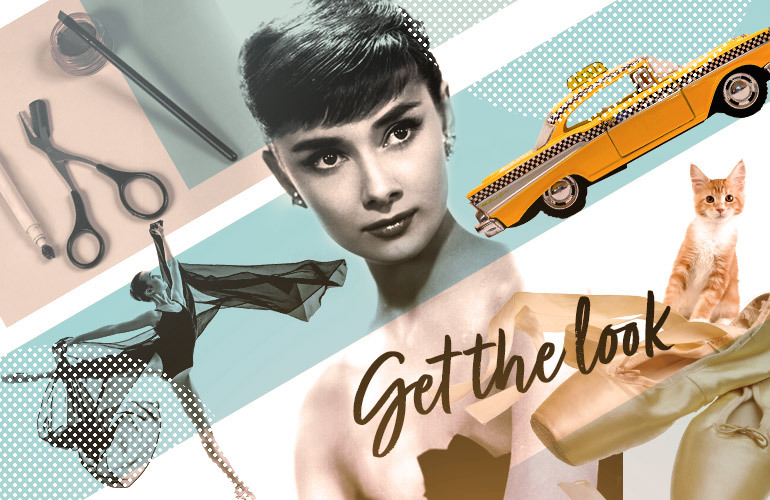 The 1950s were a key time for bold brows, and they are one of Audrey’s most famous features. A departure from the arched look of the 1940s, Audrey’s straight thick brows provided the perfect frame for her big soulful eyes.

Here are our tips for making sure your brows are the very best they can be!

The first step is to be brave and let your eyebrows grow out. RevitaBrow can be used to condition your hairs and to help give the appearance of thicker brows during the growth period, or you can use powder to fill in any sparse gaps.

Once you’re happy with your brow growth, map out your brows! We recommend using a brow stencil for this step. Pluck any hairs which fall outside the stencil. Earlier on in her career, Audrey’s brows were very straight – by the Breakfast at Tiffany years, she had more of an arched look.

Once you’re happy with your shape, you can use powders and gels to fill in your brow shape. If drawing an outline, you can blend your brow outline with a cotton swab to avoid your brows looking too heavy.

Top Tip : Balance out those brows! Play up the illusion of bigger eyes by using a combination of liner and lashes. Want a sneaky makeup trick? A touch of light grey shadow on the outer corner crease of your eyes goes a long way.

Remember – one of the most important attributes you can display is compassion!

Shop all brow products at allbeauty