The Luxe Lips Of Marilyn Monroe

As one of the most celebrated blonde icons of the 21st Century, Marilyn Monroe’s beautiful face (and pout) have been paid homage to in many pop culture beauty moments.

On the 1st June 2021, Marilyn would have turned 95 – so to mark the occasion, here’s a recap of her extraordinary life, as well as some of her beauty secrets…

Famous for her peroxide blonde curls, breathy voice and classic red lip, Marilyn was one of the most photographed celebrities of the 20th Century and was considered a Hollywood sex symbol. From Andy Warhol’s pop art to influencing artists such as Madonna, Elton John, Lady Gaga and Ariana Grande, her legacy continues to inspire artists from around the world. In 2014, Marilyn even made it into the Smithsonian’s list of the top 100 most significant Americans of all time.

From her rise to fame to her sudden death at the young age of 36, the glamorous – yet ultimately tragic – façade of Marilyn Monroe has bewitched, bewildered and entranced.

Come along with us as we talk about the life and times of Marilyn Monroe and discuss the Hollywood beauty secret behind her red pout.

THE STORY OF NORMA JEANE

They say that stars aren’t born, they’re made. This is the case for Marilyn, who wasn’t always a Monroe… or a Marilyn, for that matter. 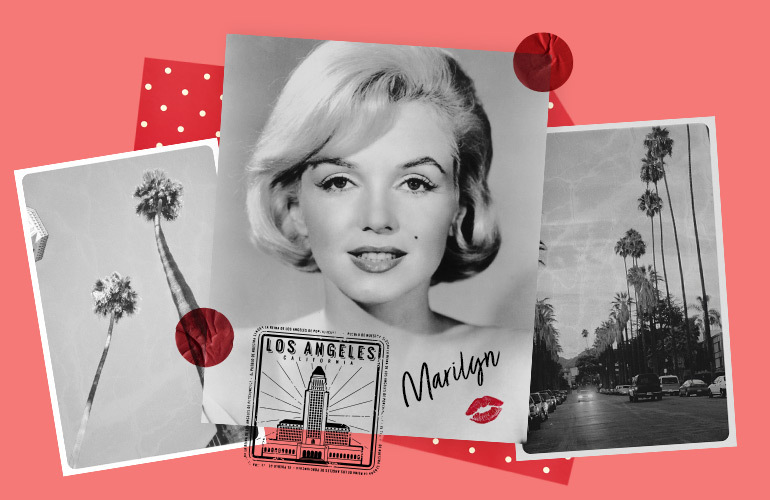 Her story began in 1926. Marilyn was born Norma Jeane Mortenson – although she would later adopt her mother’s surname of Baker. Long before she dazzled the stage with her peroxide curls and smouldering gaze, Marilyn’s upbringing involved a myriad of foster parents, orphanages and guardians. A child bride, she married James Dougherty shortly after her 16th birthday, partially to avoid having to return to an orphanage following the move of her foster parents. Not an easy start in life by any stretch of the imagination.

FROM PARACHUTE PACKER TO PIN-UP

It was whilst working as a parachute packer in Van Nuys, LA, that Norma Jeane Baker’s rise to stardom began. Initially used as a subject to illustrate campaigns about women contributing to World War II efforts, Norma Jeane’s pretty face soon led to her becoming sought after as an LA pin-up model. Naturally a dirty blonde with tight curls, Marilyn bleached her hair to get that iconic platinum blonde, a look which required the bleach to be reapplied two to three times a week.

Norma Jeane signed with 20th Century Fox in 1946 as Norma Jeane Dougherty – with one of the prerequisites of her contract being that she had to be a single starlet. She swiftly ended her marriage to Dougherty and began to study acting at the Actor’s Laboratory Theatre in Hollywood.

By the age of 20, Marilyn had already had her fair share of names, but none of these monikers had sufficient pizazz for the stage or screen. Aged 20, it was decided that she would transform from Norma Jeane into Marilyn. The name Marilyn was inspired by a Ziegfeld Follies dancer, Marilyn Miller, whilst Monroe was a surname from her Mother’s side of the family. Although her stage name was adopted in 1946, Marilyn’s name was legally changed ten years later in 1956. 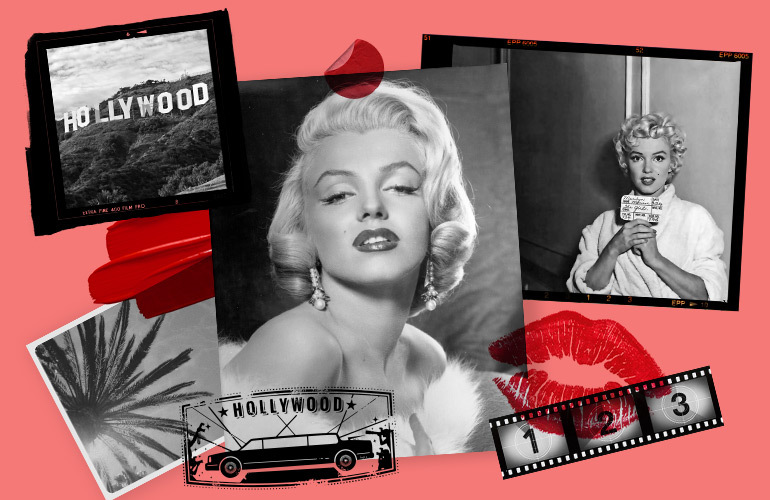 BEYOND HER SCREEN PERSONA

Marilyn quickly became noted for her portrayal of the “Dumb Blonde” – playing roles which varied from models, chorus girls and secretaries. Some of her most iconic films include Niagara (1953), Gentlemen Prefer Blondes (1953), How To Marry A Millionaire (1953), The Seven Year Itch (1955), The Prince and the Showgirl (1957) and Some Like It Hot (1959). Her performance in the latter won her a Golden Globe.

It was well-known within the industry that Marilyn’s screen & public persona were a carefully crafted performance – and that she longed to take on more serious film roles that showcased her wit. Marilyn was unlucky in love and experienced several personal difficulties throughout her short life. She married baseball player Joe DiMaggio in 1954, followed by playwright Arthur Miller in 1956. Both marriages ended in divorce. The last film that Marilyn completed was The Misfits, written by Miller and released in 1961. Sadly, Marilyn died a year later in 1962 from a barbiturate overdose.

Marilyn was, in many ways a beauty and influencer, ahead of her time. As Elton John sang in 1973,  “Goodbye Norma Jeane…your Candle burned out long before your legend ever did”.  Indeed, her legend still lives on today.

LET YOUR LIPSTICK BE A GIRL’S BEST FRIEND

Marilyn was famous for her radiant skin (thanks to Vaseline and Elizabeth Arden 8 Hour Cream) as well as her penchant for wearing Chanel No 5 to bed. However, one of the most defining characteristics of Marilyn’s head turning look was her distinctive cherry red heart-shaped pout. Marilyn was always accompanied on set by her hardworking makeup artist, Allan “Whitey” Snyder to get her femme fatale pout. 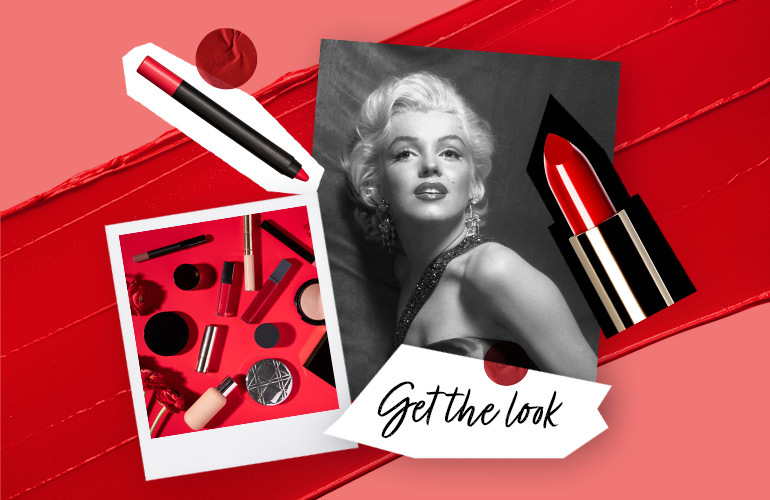 Here’s how you too can work Marilyn’s red lips – and get the look.

Start off by picking out a satin red lipstick. Why Satin? A satin lipstick formula is a hybrid of creme and matte, which will give you Marilyn’s perfect superstar shine whilst packing a powerful pigmented punch. With the shine of a gloss, this lipstick finish will see you all through your day.

Before your satin shade is applied, you will want to select a lip liner or pencil which is either the same shade or close to your chosen lipstick. Create dimension by lining your lips and filling them in – making sure to leave the centre of your lips bare.

Next, take your lipstick and use a lip brush to fill in the space that you’d left bare. Using a brush helps with the even precision of your look and also ensures that you use less product. It’s also helpful for when you get down to that final nub of lipstick – ensuring that you can use every last smudge of product. Add translucent powder or highlighter to the centre of your lips to add dimension and create an ombré effect. For added authenticity and lip definition, add a pop of highlighter to your cupid’s bow.

Finish off your look with a subtle eyeshadow. Marilyn took inspiration from black and white movie star Greta Garbo by applying white powder shadow with a pearl highlight to the centre of her eyelids.

Inspired to create your own Hollywood homage? Shop all Lipstick at allbeauty.