The Lush Lashes Of Sophia Loren

Well hello there, Bella. If you’re looking for a bit of Italian Pizzazz in the eye department, then you’ve come to the right place. Luscious eyelashes are in (well, were they ever really out?) and of course, the sublime Sophia Loren is one of the first famous beauties who springs to mind when it comes to discussing long, fluttery lashes.

Read on to discover the iconic Dolce Vita of Italian actress Sophia Loren, including some of her famous quotes and Hollywood legacy. We’ll also be covering her sneaky trick to elongate, exaggerate and and emphasise her famous almond shaped eyes. 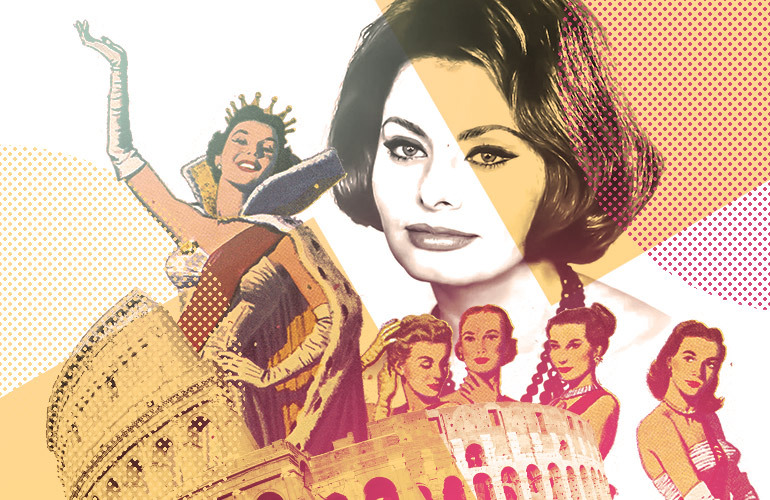 THE BIRTH OF AN ITALIAN ICON

Sophia was born Sofia Villani Scicolone in Rome in 1934. She grew up in relative poverty in a small town on the outskirts of Naples, against a backdrop of tension leading up to World War II.

Sophia started her foray into show biz at the age of 14 when her mother entered her in a Napoli beauty pageant. Although she did not win the pageant, she did win a Runner’s Up prize of a ticket to Rome. This prize would set Sophia on a new course. She subsequently enrolled in drama school and appeared as an extra (alongside her mother) in the 1951 film QUO VADIS, which was filmed at the Cinecittà Studios in Rome. Famous for being the largest film studio in Europe, filmmakers who have worked at Cinecittà include such names as Federico Fellini, Francis Ford Coppola and Martin Scorsese.

Sophia’s breakthrough role came in 1954, when she appeared in the film The Gold of Naples.

Making her Vogue debut in 1955, her first major Hollywood picture was 1957’s The Pride and the Passion with Frank Sinatra and Cary Grant. In 1958, the star of Loren was truly forged when she won a five-film contract with Paramount. 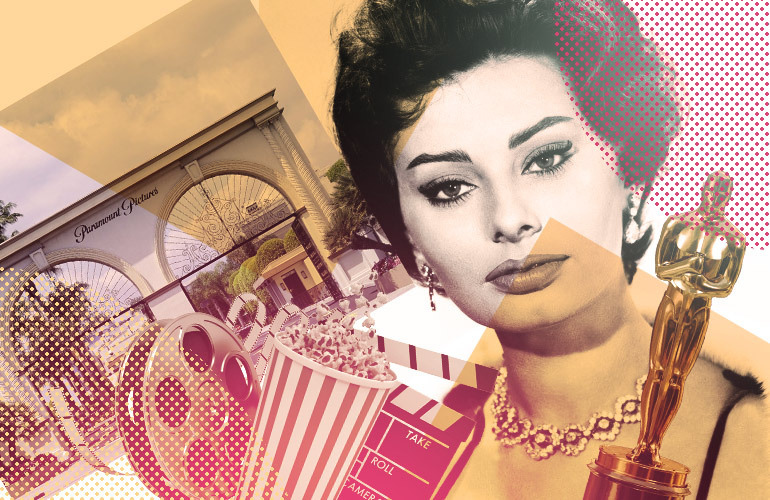 She became the first ever performer to win an Oscar for a foreign language role in the 1960 film Two Women, directed by Vittorio De Sica. She also worked with Peter Sellers in the 1960’s The Millionairess and with Gregory Peck in 1966’s Arabesque.

ALL THAT YOU SEE, I OWE TO SPAGHETTI

Sophia Loren was famous for her voluptuous curves, as well as the above statement on spaghetti. She was passionate about Italian cuisine and as well as being an actress, she also wrote cookbooks. Indeed, she wrote In The Kitchen With Love as well as Recipes & Memories.

Sophia was also a singer and recorded several songs, including two with Peter Sellers that made it into the UK Top 20 – Goodness Gracious Me and – importantly, keeping on the foodie theme – Bangers & Mash. 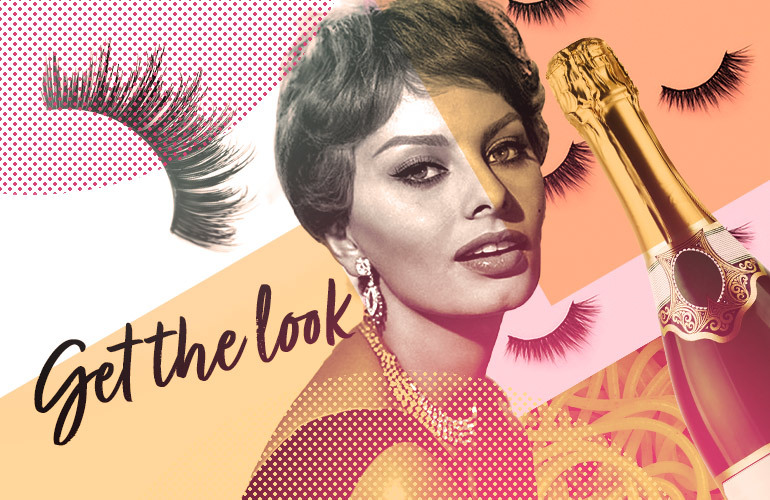 Named by the American Film Institute as one of the greatest stars of Classic Hollywood Cinema, to this day, Sophia is still active in the acting industry. Her latest film, The Life Ahead, in which she portrays the character of Madame Rosa, a Holocaust Survivor, was released in 2020. The film was a family affair, as it was directed by her son Edoardo Ponti.

At age 86, Sophia is still rocking her long lash look. So without further ado, let’s get to it.
Whilst you’ll want to keep your mascara handy, the trick to Sophia’s doe eyes is all in the lash application.

Specifically thinking outside the lines.

Sophia applied her lashes from the middle of her eye rather than starting at the inner corner. When paired with a winged liner, this technique allows you to extend your wing up, meaning that you can create the illusion of having much bigger eyes.

Extend the corner of the eye with a white line (a liner such as M.A.C’s Fascinating is just the ticket). Next, take an eyeshadow shade not too dissimilar to your skin tone and apply this as a base – making sure this is applied up to your eyebrows.

Follow your base up with a dark grey eyeshadow, but ensure that this stops at your eye crease. Then paint a thin line of darker grey or black onto the crease of your eyes, using an eyeshadow brush. Use a blending brush – or a Q-Tip – to blend the look out.

Using a liquid or gel liner, line your eyes, keeping very tight to your lash line, extending above the white flick discussed earlier on. This will give your eyes a sumptuous exaggerated wing. Make sure you line underneath the waterline for added oomph. Apply a lighter grey to the inner corner and centre of your eyes. By Terry Ombre Blackstar in No 15 Lumiere Mercure is a beautiful pearly grey which will highlight the centre of your eyelid.

Apply your chosen mascara of choice.

Next, grab your lashes. However, instead of applying the lashes right from where your natural lashes start, place them on your lash line in alignment with the widest point of your iris, making sure to use enough glue for the lashes to adhere correctly.

Blend your black liner underneath the eye in and make sure your lower lashes have an even coating of mascara for a true 60s Loren look.

Finish off your Loren look with concealer underneath your eyes. Make sure your eyebrows are well groomed – and for an authentic added touch, use a touch of natural lipstick as blush and bring out the bronzer to craft some chiselled cheekbones a la Loren.

Looking for a more simple look? Instead of using grey shadows, you can always try the colour scheme from a more neutral palette.. some allbeauty favourites are :

Have you been inspired to lash up your look? Shop all eye makeup at allbeauty