The Power Of The Brow Through The Decades – The Brow Backstory

Don’t undermine the power of the brow; the structure of those arches can make or misshape a face. Indeed, these hairs provide so much more than just a biologically beneficial barrier to keep sweat out of your eyes (thanks evolution).

A pivotal part of your self expression, your brows help to, literally, convey your emotions. Through time, they’ve taken on a life of their own as a way in which humans artistically express ourselves, and have evolved through history as beauty ideals have chopped and changed.

Want to understand more about the Brow Back Story? Read on.

CLEOPATRA’S BROW WAS THE CAT’S MEOW

When we think of Egyptians, there’s no doubt Cleopatra’s striking look will come to mind, and that’s actually not too far off. Ancient Egyptians liked a strong look, typically filling and defining their brows to increase thickness. Men and women alike used kohl (still going strong today) and brightly coloured eyeshadows.

Eyebrows were more than a beauty ideal though: they were also used to signify mourning and were shaved off when their cats died. Egyptians would continue to mourn until their eyebrows grew back, serving as a visual reminder of their loss. If you’ve not heard…cats were very important to the Egyptians.

Yikes. That’s a fun fact for the next dinner party…

The 1920s saw brows change tremendously, as silent movies were in and so were the actress’ chosen style. 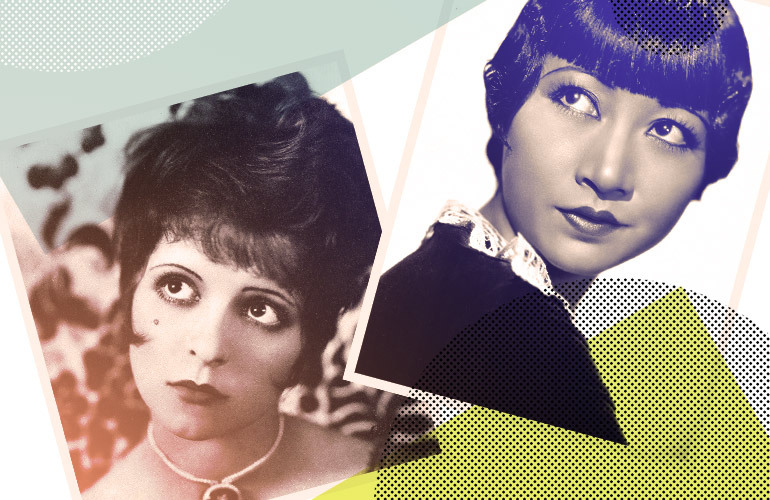 And this chosen style was essentially a one hair thin, thin rounded brow. The added element of the downward angle of this look also added an aura of melancholy. The silent film industry meant that the actresses’ had to convey an entire story with expression and apparently thin eyebrows were easier to see on screen.

The Hollywood ‘it’ icons of the age, such as Clara Bow and Anna May Wong, inspired the cosmetics industry – and silent movie viewers alike. Makeup was becoming more accessible and user-friendly so everyone could afford to pluck their hairs as thin as possible and then draw them back on like their favourite stars, trying out the eyebrow trend at home.

INTO THE THICK OF IT

In 1940, Brows took on a fuller appearance and had heavier arches. The previously growing makeup industry was stopped in its tracks (… thanks to World War II) and wartime rations meant women had to be clever about achieving the looks they desired. The high arches of Lauren “The Look” Bacall were particularly on trend and she became a famous face to emulate. 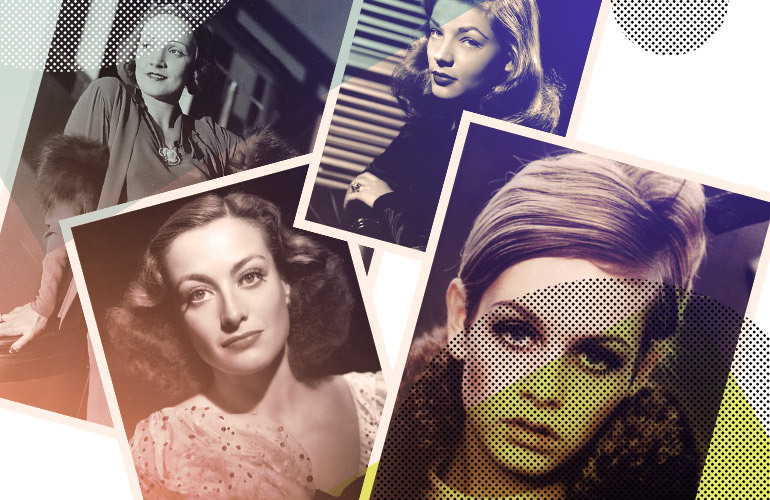 Heading into the 1950s, bolder, shorter brows were on the up. Icons such as Elizabeth Taylor and Audrey Hepburn trailblazed the thick straight look while Marilyn Monroe created a distinct look that was all her own. She squared her arch shape, as she believed her higher arches made her forehead appear slimmer. In an attempt to alleviate an insecurity, she started a trend of higher arches.

The sixties brought on a true brow rebellion. Women were beginning to feel less pressure to appear traditionally ‘beautiful’, wanting instead to express themselves. The differentiation from the older generation’s way of doing things meant that young women didn’t want makeup like their mums. They wanted bold colours and bold lashes to express their individuality.

It was all about the Twiggy eyes, so long thin eyebrows were the flavour of these years.

WAX ON, WAX OFF

The Seventies were the era of Disco and Hippy brows. Waxing became popular during the seventies in both salons and at home, meaning these lil’ face friends were easier to maintain. Shaving brows also became a trend. In fact, one of the unforgettable icons of the time, Sophia Loren shaved off her eyebrows entirely and penciled them back in in short strokes. Quite similar to the soap brow look of today. 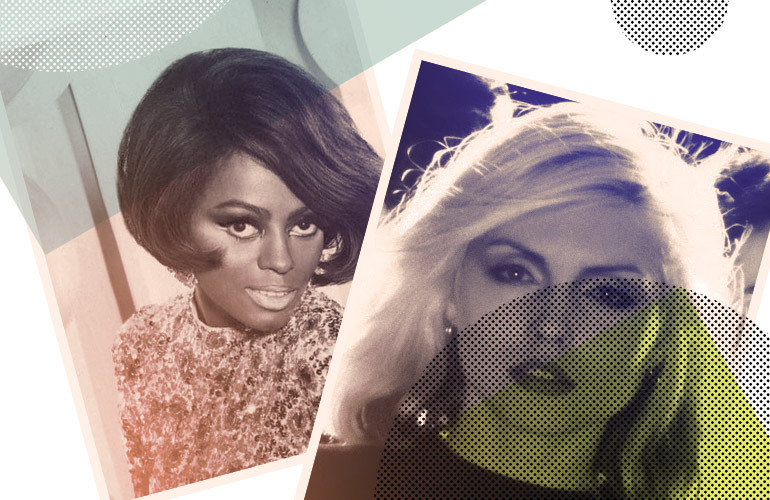 Bigger was better in the eighties: colour, hair, eyebrows, shoulder pads.The beautiful bushy brows of Brooke Shields became the ultimate pin up Brows as finally hairs were given the grace to grow back. However, thanks to the previous two decades of meticulous hair removal, this meant that eyebrow pencils often had to be used quite heavily. 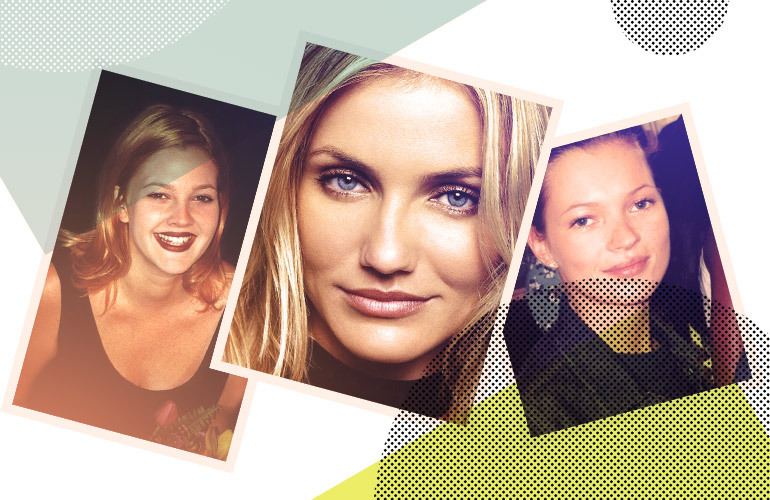 The 90s ushered in the return of pencil thin, with supermodels such as Kate Moss championing a minimalistic makeup look. This trend continued well into the early noughties, with stars such as Kirsten Dunst, Madonna, Angeline Jolie, Gwen Stefani and Christina Aguilera often championing the thinnest of brows.

Never underestimate the power of The Kardashian effect. Contouring and strong brows became a non-negotiable in the 2010s as everyone tried to mimic the chiseled smoulders of Calabasas’ most famous sisters… and new kid on the block, Cara Delevingne. 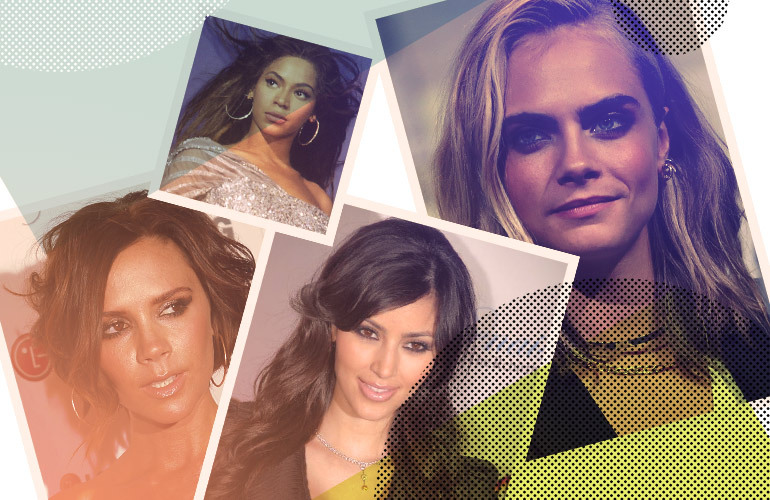 Factor in the effect of over previous decades’ persistent plucking, and treatments such as microblading and HD Brows shot up in popularity, as well as innovative ways to get the look.

What will the next trend be – who knows? With the rise of concepts such as glitter and feather brows, the world of the brow is fair game… and yours for the taking.

Have you been inspired to rethink your arches? Or maybe pay tribute to another era of the Brow? Shop all Brow Products at allbeauty here.