Elizabeth Arden: The Woman And The Brand

She’s famous the world over. But how much do you know about the woman behind the brand? Here’s everything you need to know about Elizabeth Arden.

Elizabeth Arden was the first company to bring makeup into the mainstream in the USA, whilst focusing on both a scientific and holistic approach to beauty. If you know just one fact about Elizabeth Arden it’s that she launched the power of that classic red lip, the epitome of glamour and strength. Behind the brand that gave us Eight Hour Cream and the renowned Red Door fragrance, was a woman who created both an empire and a new industry. She had the entrepreneurial spirit and commitment to innovation, quality and excellence that remain at the heart of the company today. Born in Canada as Florence Nightingale Graham, Elizabeth Arden pushed boundaries and rejected norms to follow her entrepreneurial journey and open her first Red Door salon on New York’s Fifth Avenue in 1910. The year before, Arden had formed a business partnership with another culturist called Elizabeth Hubbard. When she started out again alone, she took her former partner’s first name and combined it with the name from “Enoch Arden”, a poem by Tennyson. In 1912, Elizabeth journeyed to France to learn massage, beauty and facial treatment techniques.

Upon her return, Elizabeth brought the idea of makeovers into her salons and also introduced makeup as a product for everyday use for the everyday woman – and not just for those in the entertainment industry. In short, she sparked the beginning of the beauty industry as we know it today.

To be beautiful is the birthright of every woman – Elizabeth Arden 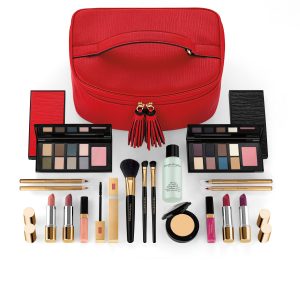 That spark seemed to happen at just the right time. By 1929, Arden owned 150 upscale salons spread out, not only across the US, but also Europe. She had over 1,000 luxury products being sold in 22 countries. And she still owned the company in its entirety. She also supported and celebrated women.

Elizabeth was a part of the suffragette movement, she gave all servicewomen a red lipstick to match their uniforms, to boost their confidence and to make them feel capable as well as look great. This became a symbol of female emancipation, of the strong, modern woman that we associate with the brand today.

One of the richest women in the world by this point, even the depression didn’t affect Elizabeth Arden. In contrast, the company continued to grow. By the 1930s, a thousand people were employed by the company and grossed more than four million dollars annually. 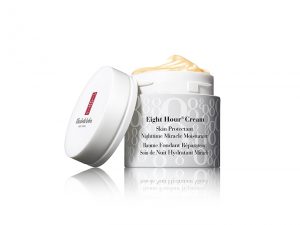 A lot of the reason for this success and growth was down to the ethos of the company and Arden’s consistent and unwavering belief that beauty was not about using makeup as a veneer. She saw it as the ultimate collaboration of nature and really good science to enhance a woman’s features and build her up on the inside. This is why the company produced skincare as well as makeup. They weren’t looking to mask the skin, but instead to care for it. 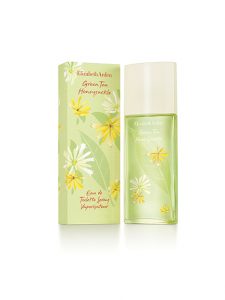 Elizabeth was one of the first to approach beauty holistically with focused messaging on fitness and nutrition as well as diligent skincare – a concept she called Total Beauty. From as early as the 1920s, Arden was giving advice on hydration, sun protection and daily yoga to her clients when nobody else was. She was also very persistent in bringing scientific technology into skincare production in order to produce the very best product she could, with the very best packaging, alongside the very best services in her salons. This luxury beauty concept made her products and services aspirational. The brand went beyond basic needs. Women wanted to pamper themselves, to indulge a little, to treat themselves to a product they now believed they needed, from cult classic Eight Hour Cream to that red lipstick like the girls on the posters.

About Elizabeth Arden | A History of Firsts

In the history of the Elizabeth Arden brand, there are many beauty firsts.

Now, over 100 years after its conception, the Elizabeth Arden brand is owned by Revlon, Inc. Products such as Visible Difference Cream and Flawless Finish foundation are sold in more than a hundred countries and, at last count, the company was estimated to be worth $1.3bn. Now that’s what we call a girl on a mission.

You can shop the entire Elizabeth Arden range here at allbeauty.