Our Van Cleef & Arpels Tsar review looks at this timeless fragrance for men. Who made it, who wears it and what does it smell like?? 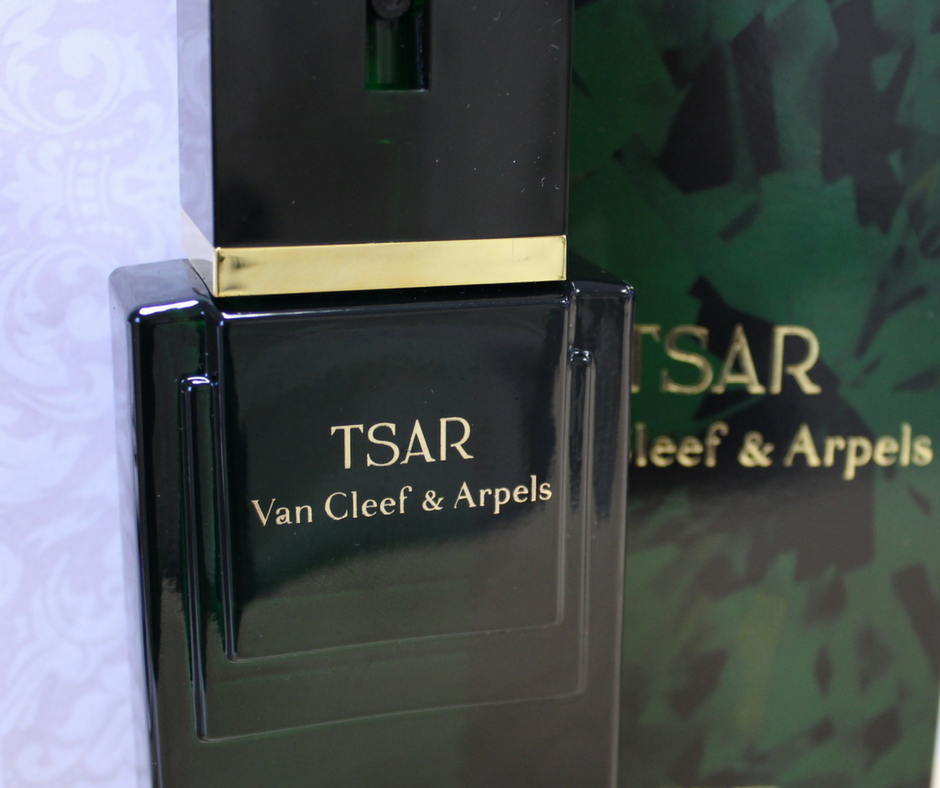 Confession time: this fragrance has totally slipped under my radar – big thanks to Peter, our Head of Design, for pointing it out to me. Also apologies to Tsar fans out there, collectively tutting… The Tsar fragrance was launched in 1989, so it’s my guess that back in the 90s it was thought a bit too 80s, however at 18 years old I say that makes it a classic.

Van Cleef & Arpels are a very high-end French jewelery company, in existence since the late 1800s. Designing pieces for royalty to the rich and famous (and combining both when they created Princess Grace of Monaco’s wedding set), they’re to be found in luxury boutiques around the world.

Inside the Van Cleef & Arpels boutique at 20 Place Vendôme, Paris.

The new Van Cleef & Arpels boutique at 20 Place Vendôme. At the entrance, visitors’ eyes are drawn to the monumental staircase that connects the two floors. Formed of blocks of Paris stone, its steps seem to hang in the air. #VCAVendôme

Created by the nose of Philippe Bousseton (who has previously worked with Davidoff), the official notes of Tsar by Van Cleef & Arpels are:

In fragrance family terms, Tsar is a Woody Aromatic scent. The packaging? Modelled on the Art Deco period of the Twenties, it’s a weighty emerald green glass, with gold lettering. Think quiet, solid and stylish. Fans of history and architecture will totally appreciate these lines. 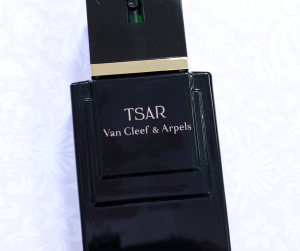 But what does it smell like? Two words spring to mind: ‘familiar’ and ‘pine’. Tsar is one of those fragrances you spray and say “oh it smells just like…..” but you can’t quite place it. For me, there are throwbacks to Paco Rabanne Pour Homme of the 90s (in a good way). Fresh, clean, forest scented, with an oaky-mossy base. For a fragrance that isn’t citrus, it’s incredibly clean. Like you’ve soaked in the bath and it’s clean sheet night. In the interests of research, we sprayed it onto Peter to get his opinion and note the dry down. On first spray there was that strong, fresh, pine scent again. However fast forward around an hour and Tsar had changed into an oaky-woody scent (though still remaining fresh). In the interests of honesty, Peter tells us he wasn’t sure about this fragrance when we first spritzed him. It was possibly a little too old and (in his words) “soapy”. But after the dry down, his opinion had done a 180 and Peter is now a fan, hurrah (or should we say huzzah…)

Who should wear this fragrance? Men who like to smell fresh and clean. Older men and those who like more traditional scents. We’re not afraid to use the words ‘retro’ and ‘old school’ here. This is a daytime scent we think, suited for straight after the shower.

So did I like it? Yes. Would I gift it? Yes, but more likely to someone who preferred their classic old-school fragrances, or who likes to smell clean and fresh without announcing they’re wearing a particular branded scent. To put it simply, if he still hankers after Old Spice and Brut, then Tsar is the sophisticated upgrade!

More importantly, would Peter buy it? Yes, and in fact he did!

You can shop Van Cleef & Arpels Tsar at allbeauty.